My mosaic friend, Kanika Singh and I were commissioned to create a large mosaic for the school boundary wall in DLF 5 area in Gurgaon, Delhi.  We worked on 3 x 12ft cm fibre-glass mesh, ceramic tiles, glass and crockery.  The work was created to showcase our work for future projects in Delhi. 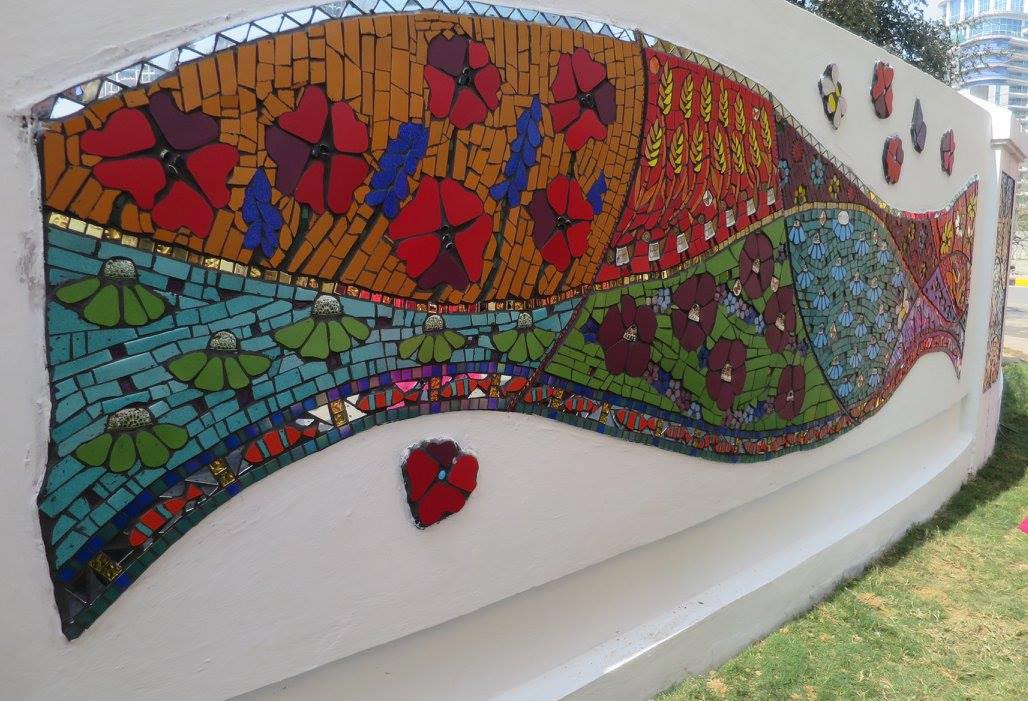 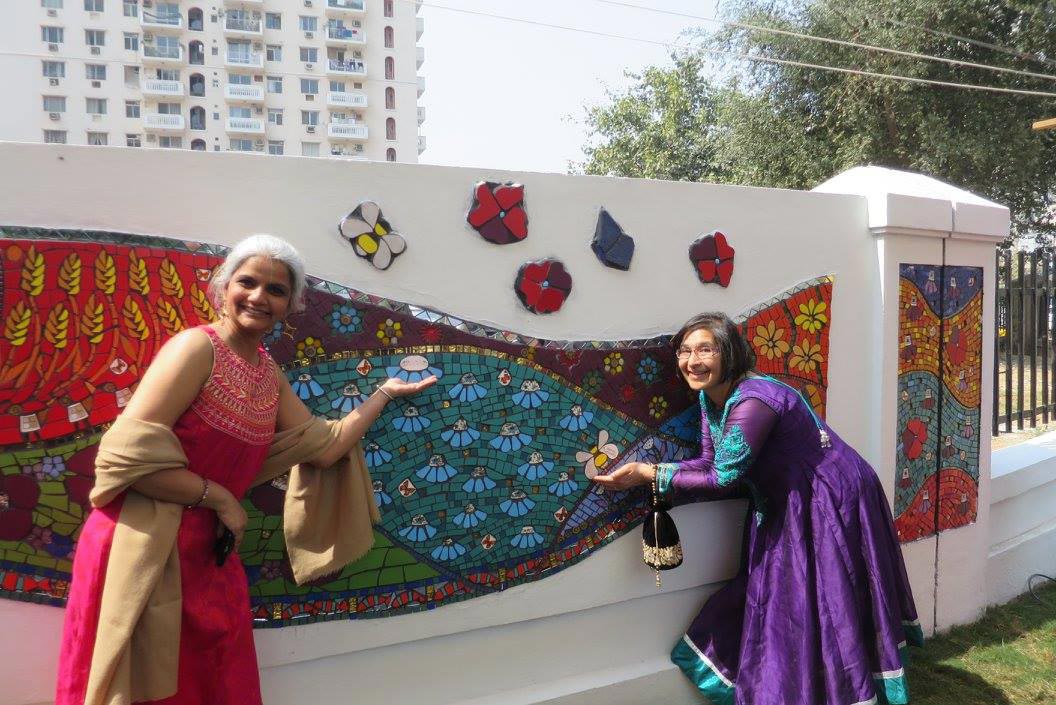 I took part in Neslihan Zabci Erdal’s Bodrum Tree Mosaıc Project where I worked on an iris and anenome themed piece. 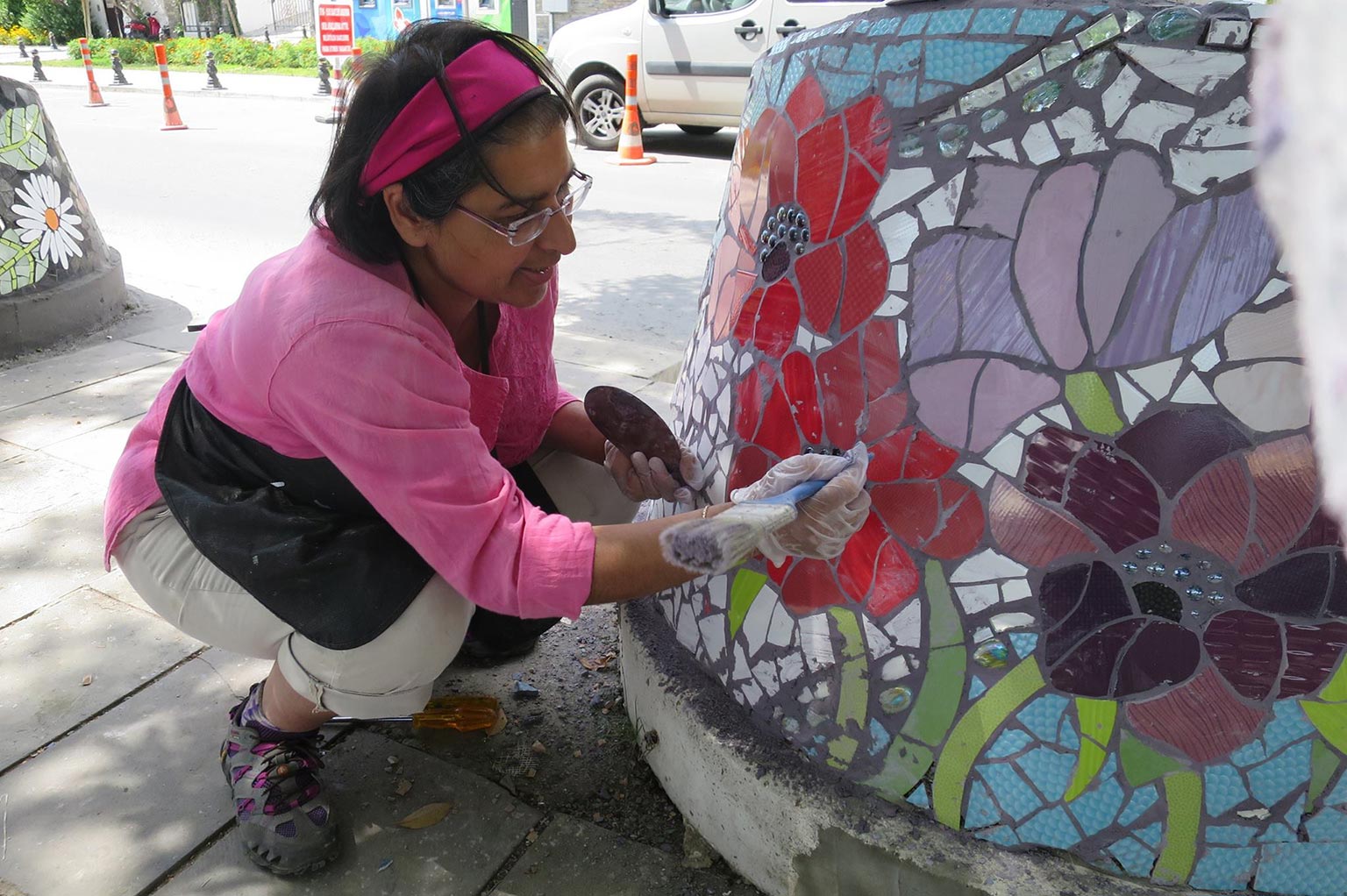 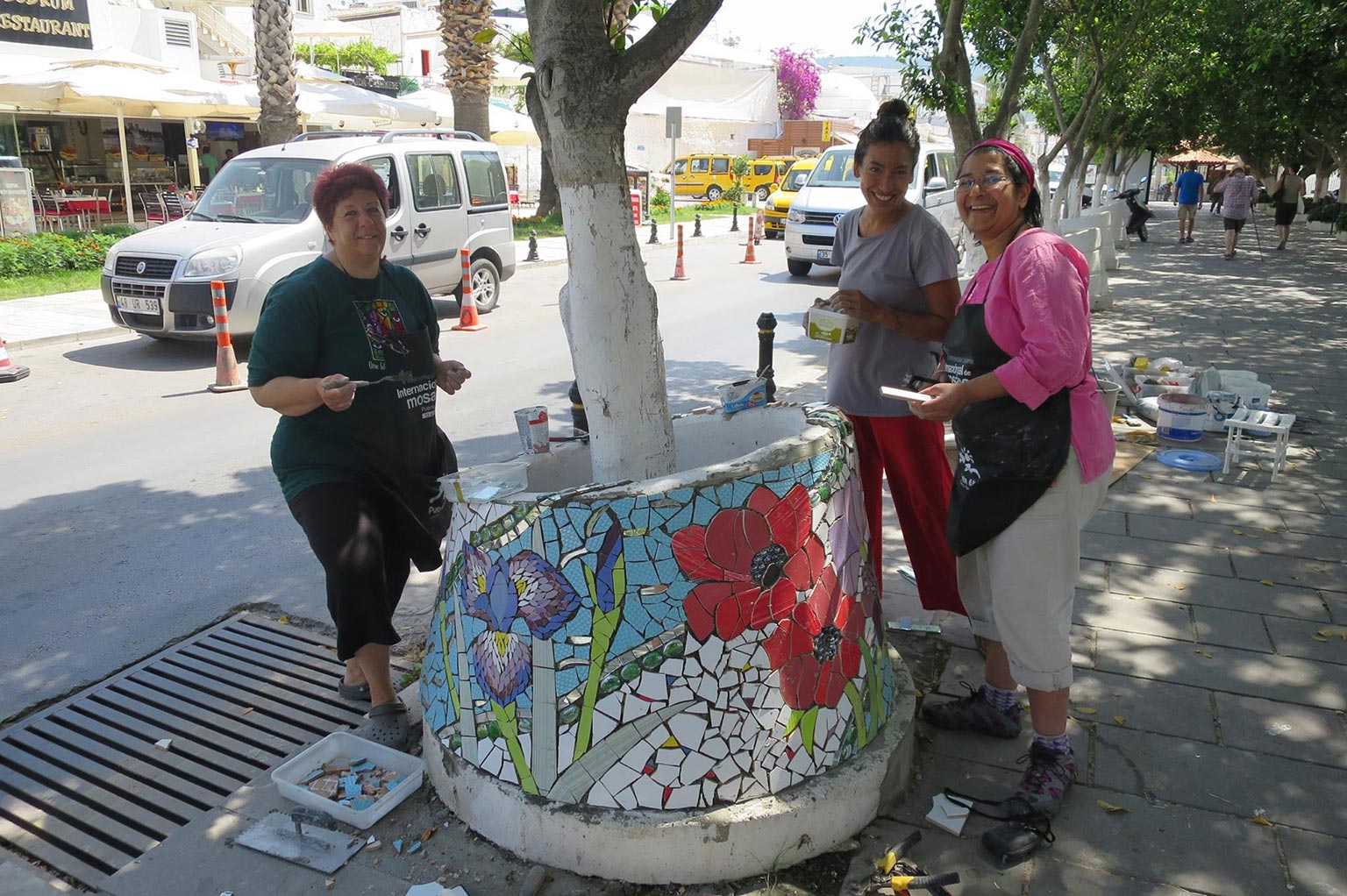 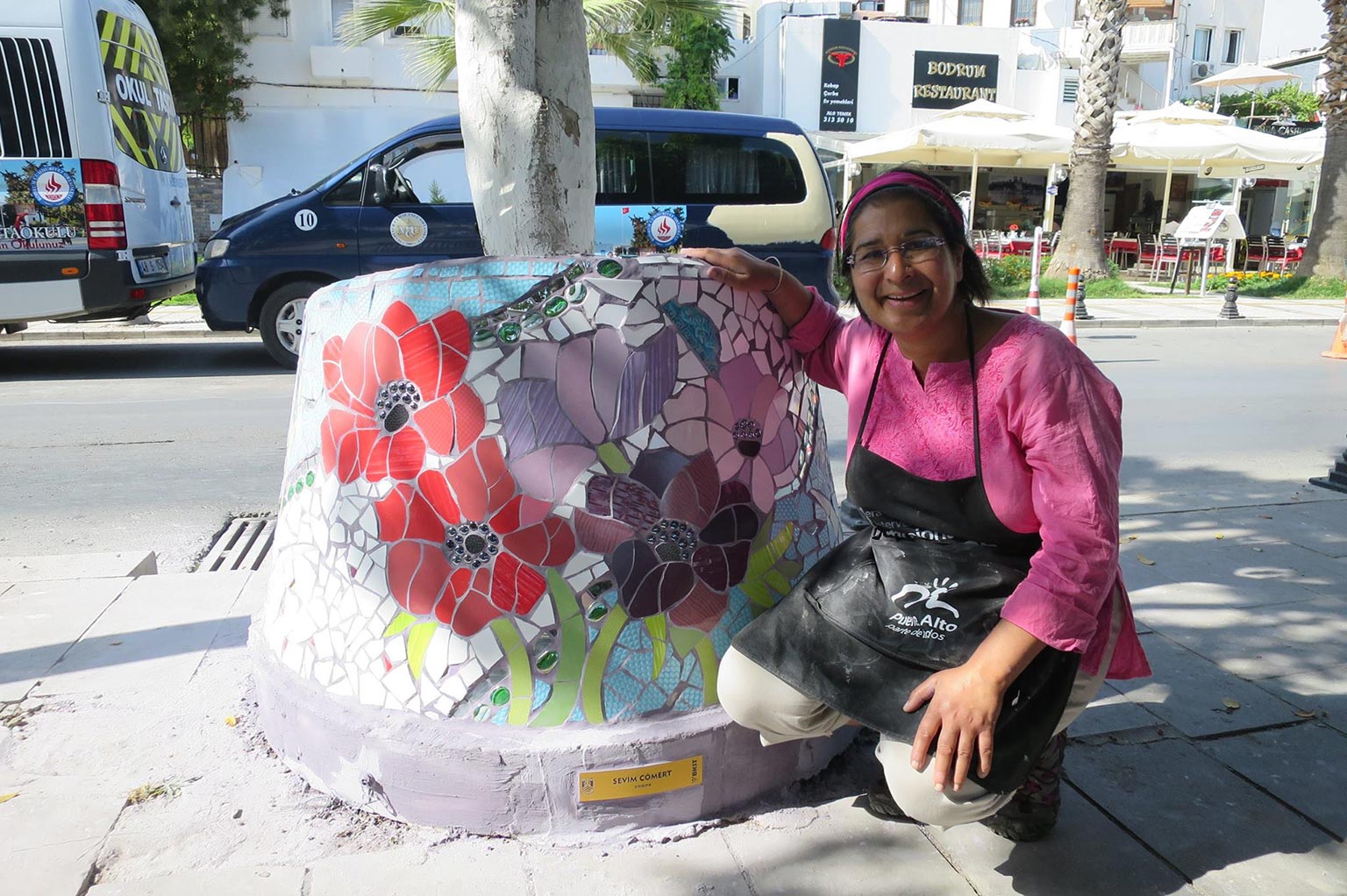 In 2013, International Chilean mosaic artist, Isidora Paz Lopez, invited applications to participate in an international mosaic project following the success of the huge urban intervention in Puente Alto, Chile. She described: “Eighty four pillars of Metro line 4, which connects the city of Puente Alto with the metropolis of Santiago, were transformed into brilliant artworks that show the flora and fauna of the region, home to many endangered plant and animal species” Isidora described.

Over 600 artists applied for this amazing opportunity, I was one of the artists invited. Sixty international professional mosaic artists from around the world including USA, Europe, Australia and New Zealand, and 20 Chilean mosaic artists created an epic 100 metre wall mosaic of the external wall of Puente Alto’s Town Hall. I found it such an awe inspiring project, where true camaraderie, sharing of techniques and ideas was the norm during those 10 amazing days. 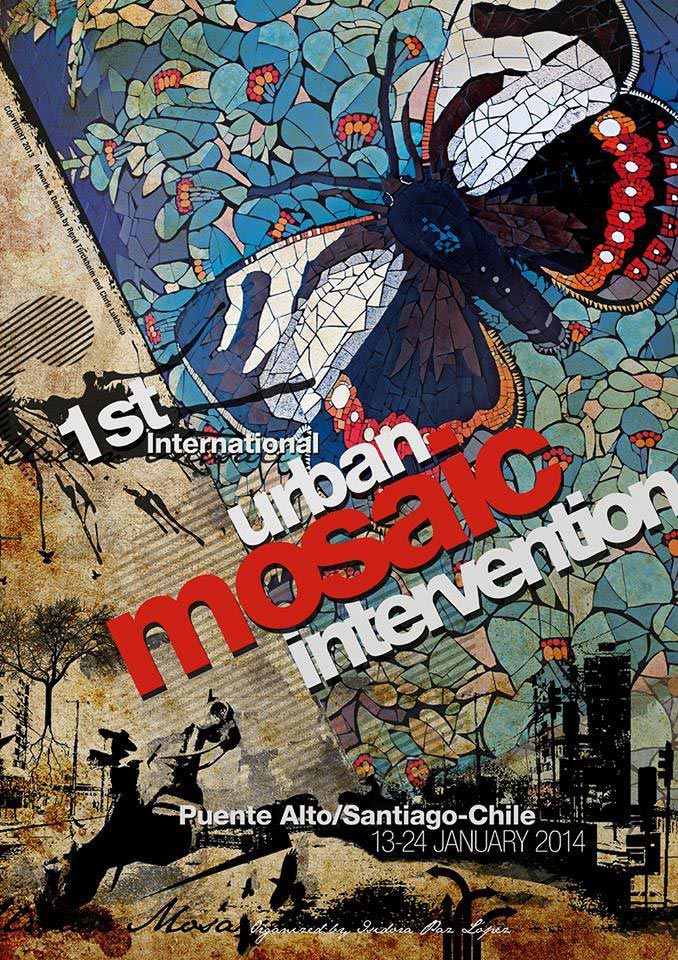 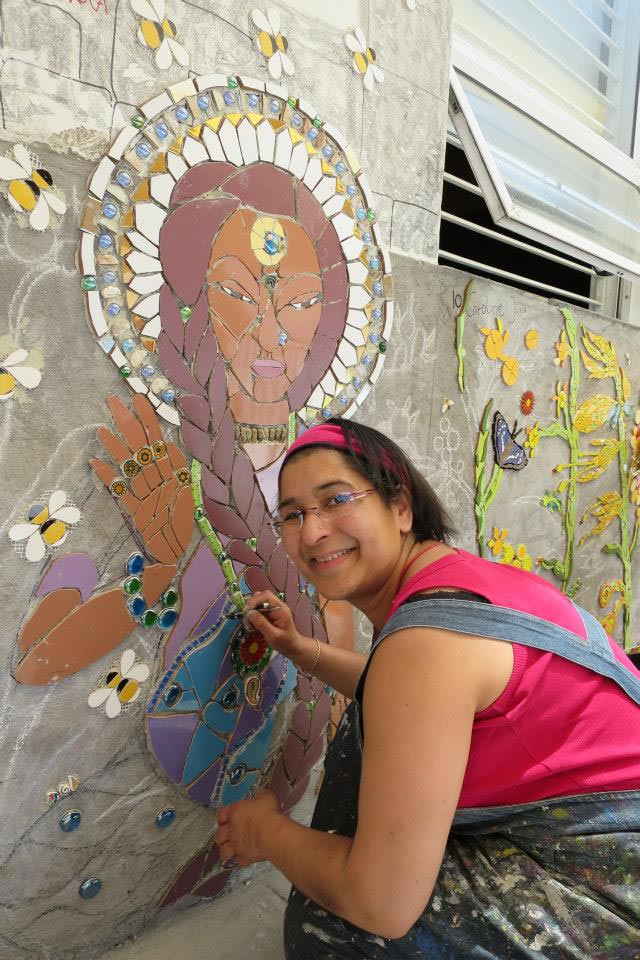 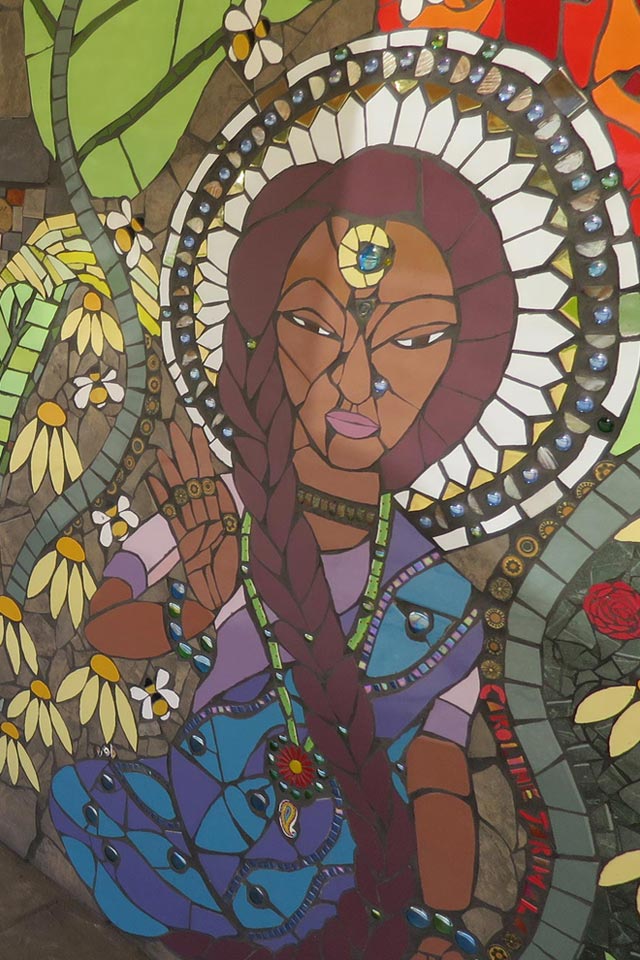