The Big Hoot is presented by creative producers Wild in Art working in partnership with Birmingham Children’s Hospital, The Big Hoot has brought businesses, artists, schools and the local community together to create a public art trail of stunning owl sculptures on display across Birmingham.

I have been commissioned by Birmingham Children’s Services to create a mosaic Owl for The Big Hoot. The Big Hoot is a fund raiser for Birmingham Children’s Hospital. I had initially worked with four Young People groups during the design process. I incorporated their designs, and also involved them in the mosaic making in May/June. I worked on the mosaic in my studio and at Birmingham City Council Offices. The Owls are on public display from July to the end of September 2015. 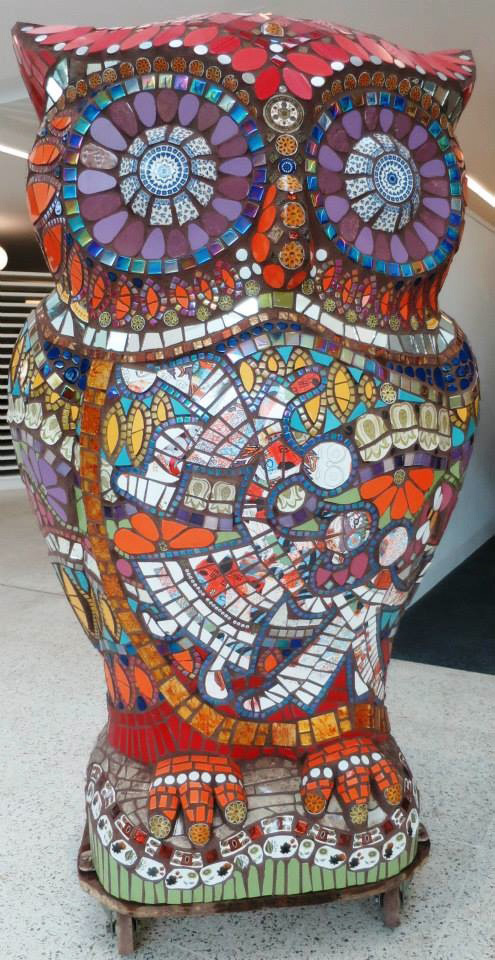 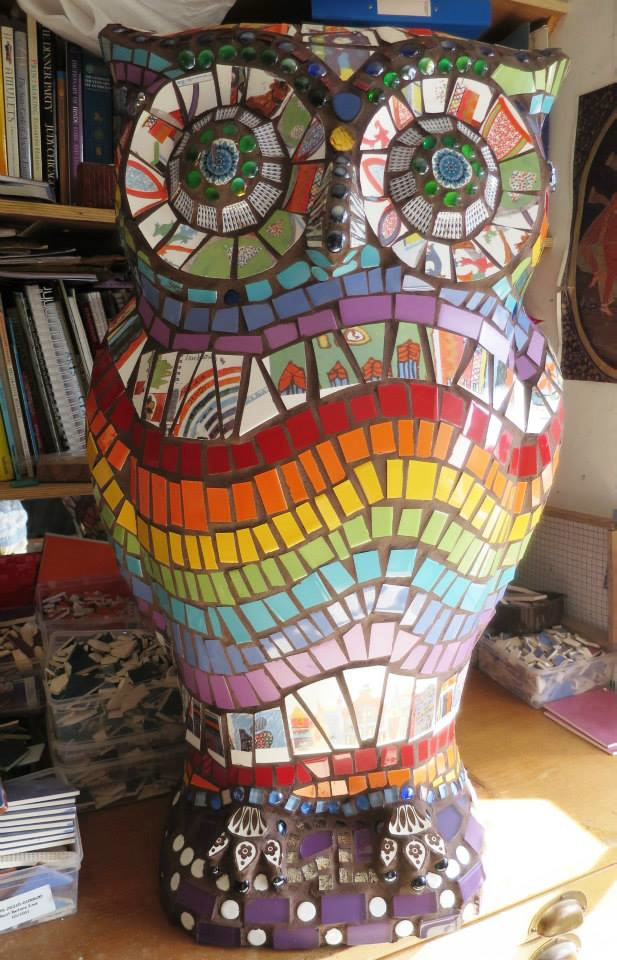 See how Starlight was created here work in progress gallery. I have put together an album of folks who have taken a photo of themselves or their families in front of my owl Starlight. Everyone takes photos differently, and the Selfies with Starlight album celebrates how we create differently as well. Please do send me a pic of yourself by Starlight and I will add you to my OWLbum ?

Also as part of The Big Hoot community project, I also created a mosaic owlet with the pupils of Gossey Lane Primary School, Lea Hall in June 2015. The Owlet Ozz, was displayed at Blakesley Hall during the Big Hoot Owl Trail. See how Ozz was created here work in progress gallery.